WAS COMING OUT WORTH IT?

How were my relationships after I came out?

I’ll start with the latter portion of that question, simply put, yes. The capacity to not only define yourself but also to express your interpretation of self is what validates your existence.  Who wouldn’t want that, who wouldn’t want to exist and feel like they exist? I would give an arm and a leg for that kind of freedom; the freedom to emphatically and unapologetically be me. My answer to the question of, “is it worth it to be out?”, is yes. I will not ask for permission to be free if I need permission then by definition it cannot and is not free. I will not allow any past, existing or future ideology to take my freedom to exist as myself, away.

Coming out when I did was strategic, we all know this isn’t something we just jump into. Even if your family and friends are tolerant, you still approach with caution. The state of being of queer has proven that even the strongest bonds can be broken. Parents become withdrawn, some go as far as to disown the same child they vowed to love always. The state of being a lesbian put every relationship that I had at risk. These are some high stakes if you ask me. So it took me years to get to a place where I was ready. It took me years to come to a conclusion that only took a moment to decide upon. I was ready to lose everyone, I was ready to start over. I had had enough of living a lie. I desperately wanted to be me, nothing else for anyone else. Just me, for me, as me.  So I threw my hands in the air, the decision was made, I’m abandoning the lies and I am going to live my truth and I am ok with that.

I needed to strip away what anyone else could say to me or feel about me and ask myself, am I really ok with this; even to the point where I would be alone? My answer was, yes! I must say, I have not regretted that decision. When I came out, something amazing happened! not everyone left. Some of my friends stayed and even told me they were just waiting for me to tell them, that felt so good. They knew and loved me as is. My biological family didn’t freak out. It is not spoken about, but, but, they know, and they are ok with it. I’ll work on them in due time. My adopted families took it well for the most part; we talk from time to time and about being a lesbian. I assert myself in conversations to let them know that this is something that is here to stay, I’m a lesbian and if you really accept it then we will talk about it. I have never been the one to be quiet about my sexuality after I came out of course. Make no mistake, I am not telling you that being out is oh so great, if it was I wouldn’t need to be writing this article. What I am saying is, be sure and be ready for anything.

From the people who didn’t take it so well, one was my adopted father. The man that was the first father figure in my life. I thought him and I had a bond that couldn’t be broken. my state of being a lesbian broke that bond. He didn’t speak to me for 3 years. Before that, we spoke every weekend. He would ask me about school and I’d tell him I was doing well, he would ask me about track and field and I was doing well in that too. He was proud of me and I was happy to make him proud. That’s me, that’s what I do, I make people proud. I am someone to be proud of. Because I was a lesbian and I went above and beyond, with all the other chips on my shoulder, I not only excelled. I sored if I wasn’t the best and the brightest I was amongst those who were. I hoped that all these things would make me tolerable when I came out. Previously I mentioned that it took me years to decide in a moment. I decided I wanted to be me the minute I knew who I was, it was instant. I just needed all the years to put safety nets in place. This way, when I told them, I could cushion the blow.

I showed my adopted father patience and I showed him the same love and respect that I always had, I wanted to illustrate that me being a lesbian didn’t mean that I had changed as a person. While in my head I thought it would have been something easily understood, in reality, it wasn’t. I had to give him space and time to come to terms with it. So I didn’t get mad, it hurt, but I wasn’t angry. He was socialized in a time when being queer was illegal, taboo and viciously condemned by the church and by definition society. I understood. I made sure not to tolerate any disrespect though. I never take disrespect from anyone, my integrity is very important. People might not like me, but you will respect me and if you forget to do so, I’ll kindly demand it. Yes, every single time!

My sexual orientation is quite frankly is one of the smallest parts of who I am and the least interesting thing about me. I cook, clean, draw, paint and amongst a million other things, I’m becoming a minimalist. Its others, who for some strange reason, only see my sexuality, or see it first. I must admit, with confidence, if that’s the worse thing you can find about me, that speaks volumes about you not me. In the spirit of self-acceptance, I’ll end with something two people I admire told me, “live to satisfy yourself first and the rest of the world will learn to deal with it.” #amplifythenoise 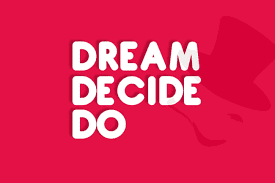 DECIDE AND FUCKING DO IT

HOW I MET MYSELF When I met my wife, I wasn’t sure if I was going to marry this woman, but I was sure that I wanted to marry her. She wasn’t sure she would Read more…

Have you ever been visualizing, creating, just lost in thought about your future and where you see yourself and others? I know I have. I was in one of those, where it was so vivid Read more… 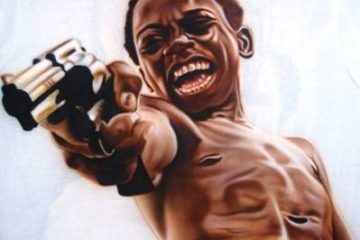 FROM HOOD TO HOODED: A Ghetto Girl’s Journey to PhD

By Dr. Claudia Marshall Growing up in the “ghetto” of Kingston Jamaica, the possibility of attending college was not even a thought. Being successful where I grew up was not getting pregnant before graduating high Read more…